EXPERIENCE THE MAGIC OF EXERCISE & REAP THE BENEFITS

Joining the mind, body and spirit as one is no easy task! Read the latest article to see how you too can be Pilates Strong. ENJOY!

Exercise is magical. Whether it’s dancing, hiking, lifting weights, bike riding or doing Pilates, it doesn’t matter. What matters is movement. Making movement a part of your everyday daily activity is crucial on every level.

Studies have shown that exercise can improve memory, mental focus, creative thinking, decision making and can even make you smarter. Yes, smarter! Exercise can make a difference in how certain areas of your brain function. Stimulating the brain through anaerobic and aerobic and exercise both have their benefits so it’s good to do both if you can. Chemicals in the brain are stimulated, the blood vessels in the brain are more vibrant, add in reduction of insulation and inflammation, these are all benefits the mind-brain reaps from regular physical activity. 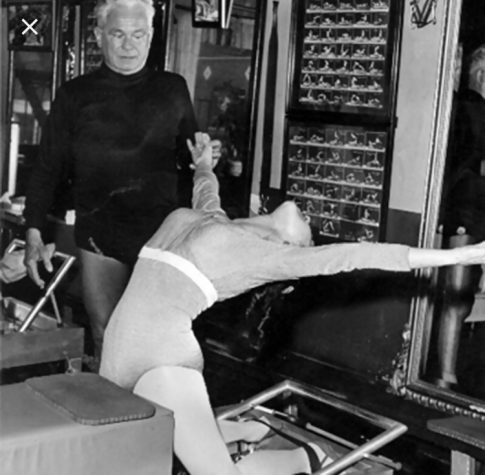 HOW CLIENTS ADDRESS PAIN WITH PILATES 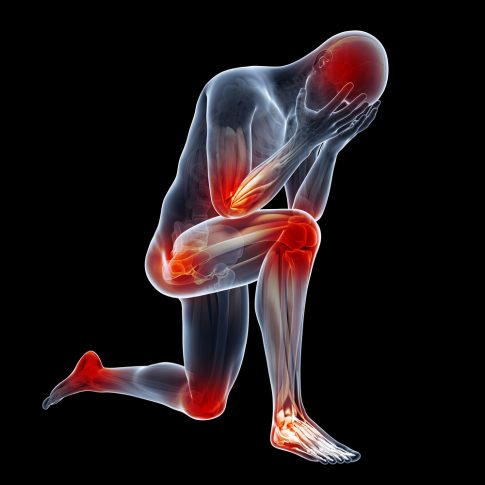 Last year Jeff came into the studio to talk to me about pain he was experiencing. Due to his pain and inactivity he had put on weight and was avoiding exercise. Jeff’s doctors had been unsuccessful finding the source of the pain even after x-rays and MRIs. The doctor recommended NSAIDs and suggested rest.

When that didn’t work, physical therapy was prescribed. Jeff went as directed. Although he experienced some relief from the therapy, the pain recurred once the treatments were over. He was very unhappy, inactive and told me he was concerned that exercising could cause him more pain, or further injury.

For Jeff, the medical treatment he received didn’t work. In the meantime he was still suffering, going to work and managing his day to day life not knowing what to do to help himself.

Jeff wanted to explore Pilates as a possible solution. We discussed his symptoms and what the doctor and therapists had recommended, what he had done and what the results had been. Now we had a starting point from which to address his pain. He was ready to try a new approach.

Pilates was the only addition to John’s new routine. He committed to Pilates one to two times per week. After a few months he felt improvements. After more than a year he is virtually pain free. He has felt incredible benefits from Pilates and can focus again on the important things in his life, his family, his job and a return to the active lifestyle he previously enjoyed.

The problem for so many people like Jeff who experience pain from injury — or from conditions such as Lyme Disease, Fibromyalgia, Rheumatic conditions or Osteoporosis — is the compounding effect of inactivity and resulting atrophying of the muscles of the body. Avoiding exercise results in an increase of problems and imbalances overall, especially the longer one chooses not to move.

Gentle and intelligent movement using Pilates has scientifically proven benefits. A process known as ATP muscle fiber contraction is vital to maintaining balance, and thus mitigating pain in the body. When the brain tells the muscle to begin to contract, the muscles release calcium ions that initiate muscle contraction thus shortening the muscles. Once the muscle fibers shorten, the muscles are “hugging,” the body like a giant body glove, giving it support like a brace might do, oxygen and blood circulation into those areas of muscle contraction assist further with the healing process.

In other words, rest is usually not the answer to resolving pain. The body’s built-in recovery system hinges on motion — intelligent motion — to heal itself. And the Pilates method is ideal to help initiate and accelerate this process.

During a Pilates workout, whether it is for someone suffering from pain, perhaps older with muscular atrophying or someone younger or athletic, the muscles of the body top to bottom are engaged. Pilates works your entire body and requires concentration to perform the movements.

The main reason Pilates has the benefits relates back to Science, ATP Muscle Fiber Contraction and the simple nervous system connection between the mind and the body.

“The sequence of events that result in the contraction of an individual muscle fiber begins with a signal—the neurotransmitter, ACh—from the motor neuron innervating that fiber. The local membrane of the fiber will depolarize as positively charged sodium ions (Na+) enter, triggering an action potential that spreads to the rest of the membrane will depolarize, including the T-tubules. This triggers the release of calcium ions (Ca++) from storage in the sarcoplasmic reticulum (SR). The Ca++ then initiates contraction, which is sustained by ATP (Figure). As long as Ca++ ions remain in the sarcoplasm to bind to troponin, which keeps the actin-binding sites “unshielded,” and as long as ATP is available to drive the cross-bridge cycling and the pulling of actin strands by myosin, the muscle fiber will continue to shorten to an anatomical limit.” (1)

When the large and small muscles of the body engage simultaneously, it develops the framework underneath which the bones and organs of the body can find support. As the muscle fibers shorten and essentially “hug” the framework of the body, i.e. the bones, you will feel the benefit of that muscular support. This is the beauty of Pilates.

Start with just that one lesson and pay attention to this, “sequence of events that, “ occur naturally in the body as you engage your muscle fibers. If you have a good teacher and are taught properly you will feel the support of your own muscles and reap the benefits.

USE THE SECRET OF PILATES TO REACH YOUR TOP LEVEL

What do Professional athletes like Kobe Bryant, Hope Solo have in common with actors Jamie Lee Curtis, Lucy Liu and Performers Pink and Lady Gaga? PILATES! Pilates is a huge part of their physical fitness routine. They say it makes them feel strong and beautiful, they’re more flexible and less prone to injury. Article after article shows pictures of our favorite Celebs on the Reformer, Mat, Tower doing their workout of the day stretching and strengthening, looking fabulous spreading the word. Pilates is the workout we should all be doing. 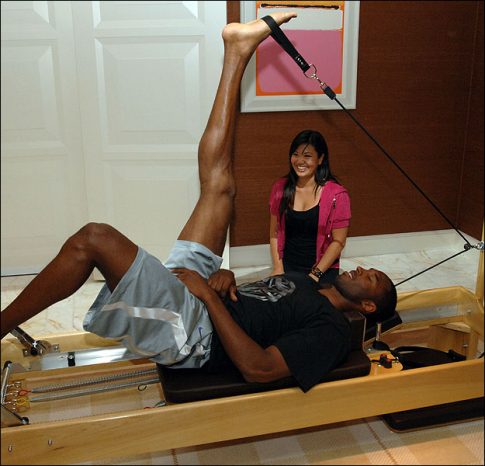 Even if you’re not a professional athlete, many of you who live in the Hudson Valley live your lives as if you are. You’re out there most days of the week moving and grooving and have heavy schedules balancing work and family.

So you may think I’m doing all I can to stay at the top of my game but I assure you, you aren’t, not yet. But you can be! You can use the secret weapon of PIlates like the Celebs do to get your body looking the way you want and while you’re at it, watch your performance go through the roof. It’s like being catapulted to the next level.

Before I began taking Pilates I was an avid hiker. Up on the Mountain 3-5 days a week and doing Yoga almost as often. I missed the ballet barre classes I took in NYC and someone suggested trying Pilates instead. I had no idea what it even was! So I started with one on one lessons. During those first few weeks when I hiked or did Yoga I knew something was different. I had more stamina, I was more flexible, I could dig deeper and find a higher level of performance than I ever had. The only thing I changed in my workout routine was Pilates.

I began taking all types of Pilates lessons I could on all the apparatus 3-5 times a week. I think it was my dedication to Pilates that helped me sustain 60 hour work weeks while raising my first son and managing numerous operations, a bad back and Lyme Disease. It was my secret weapon. I want to make it your secret weapon too!

Embarking on any new exercise routine, especially one so foreign as Pilates can feel awkward and embarrassing but with a really awesome Pilates Teacher who makes you feel comfortable you’ll feel confidence. Find that teacher with many years of experience and you’ll be in good hands. You can start with private lessons alternating with group lessons. But consistency is the key! Any combo of sessions and group classes twice a week is a good start and with your own personal trainer, you’re less likely to waste money on that monthly Gym membership and you’ll get the results the Pros get! 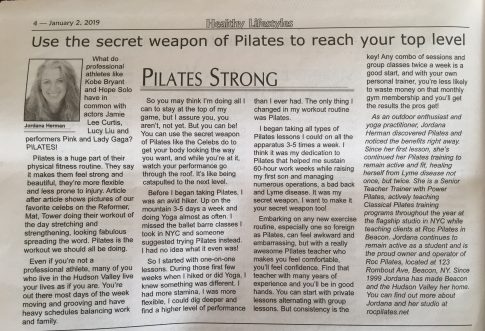